Tirano, the Alps and Milano

May 11 Posted by Penelope and David Kerr in Barging 2013

Leaving Riomaggiore, one of towns within Cinque Terre on the Mediterranean Coast we travelled North through Genoa to Milan, where we caught the train to Tirano. this was a most scenic journey along the shores of Lake Como and heading towards the Italian and Swiss Alps. Bishop Luciano Capelli, Bishop of Gizo in the Solomon Islands, had discovered that we were to be in Italy while he was back in his homeland, and had offered to be our guide in discovering the beauties of his area around Tirano  and later of Milan as well. 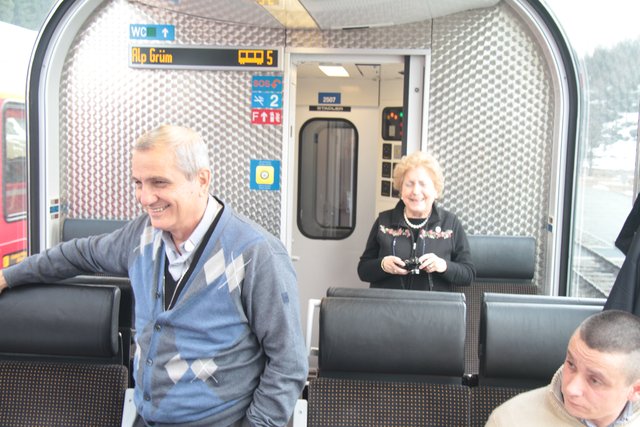 We travelled up the Bernina Pass to St Moritz on the red tourist train, with special panoramic windows which give a view above as well. What a magnificent and interesting journey. 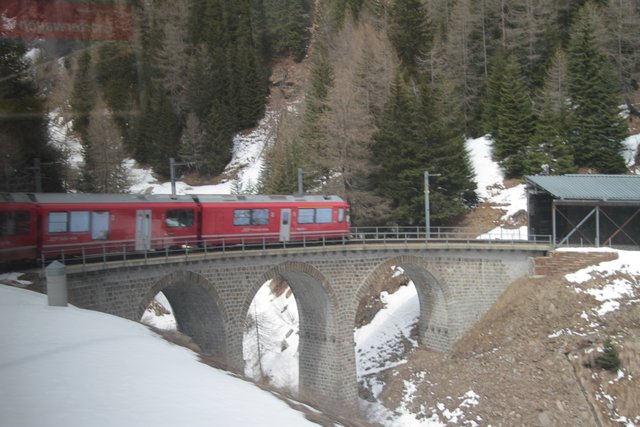 The train climbs from Tirano at 429 metres above sea level, to Ospizio Bernina at 2,253 metres before dropping to St Moritz at 1775 metres. The train line itself is a marvel of engineering. It covers the climb from Tirano to the highest spot, Ospizio Bernina, in 22 kilometres which involves gradients of up to 1 in 7. The total 61 kilometres line has 196 bridges and 55 tunnels.The views it exposes are spectacular, with glaciers,lakes, beautiful valleys and  and snow covered mountains. As we climbed higher the snow was still thick on the ground and the lakes were frozen. By next month, we are told, some of the snow will have cleared and the cattle will be occupying the high meadows, but in April we saw only snow and one or two skiers. 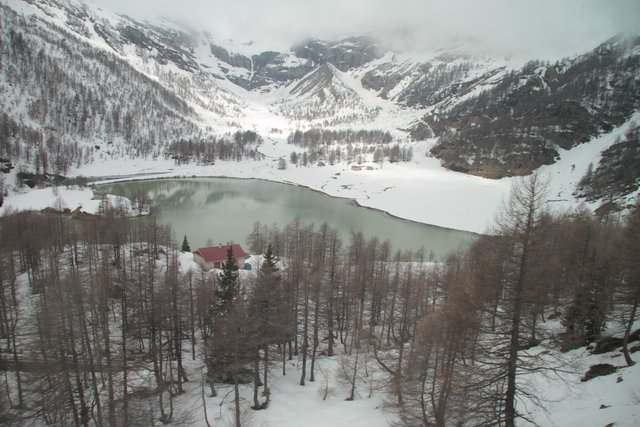 We had lunch at St Moritz then returned to Tirano, with our train towing a trailer piled with logs, an efficient passenger/ cargo mixture. 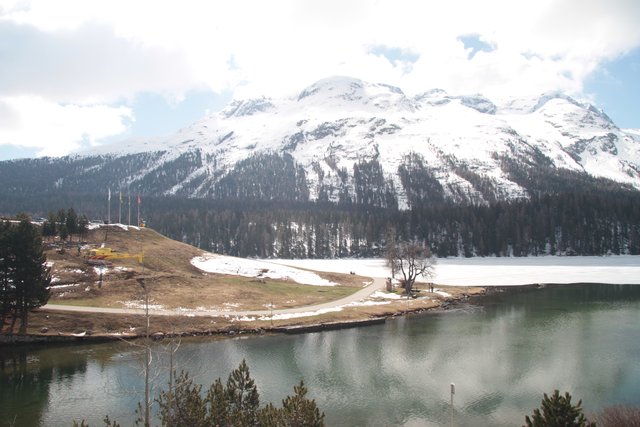 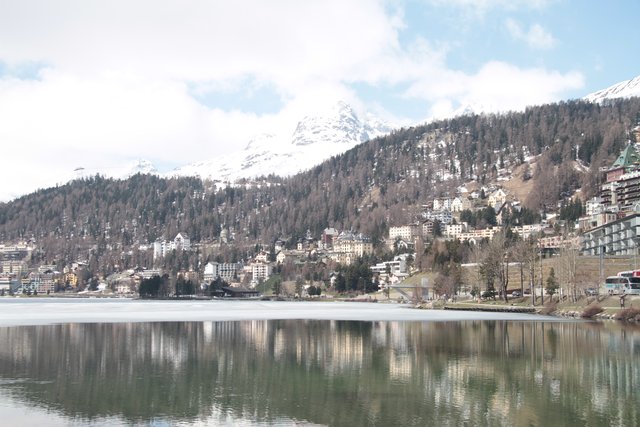 Back in Tirano we visited the Basilica of the Madonna of Tirano, built on the spot where the Madonna appeared to a local man in 1504. 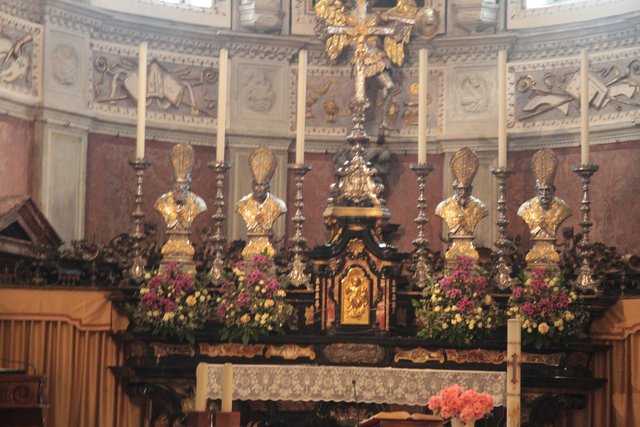 We also visited Bishop Luciano's tiny home village and met his mother and some members of his family.
Up early the next day we were driven to Milan to explore the spectacular Duomo and see the stately and attractive buildings and a museum around the area of La Scala and the Galleria of Victor Emmanuel.

Tirano Basilica
We were looked after by a native of Milan, Amanda, and thoroughly enjoyed her generous hospitality as well as her guidance.
Next morning we were early at the station for our train back to France. 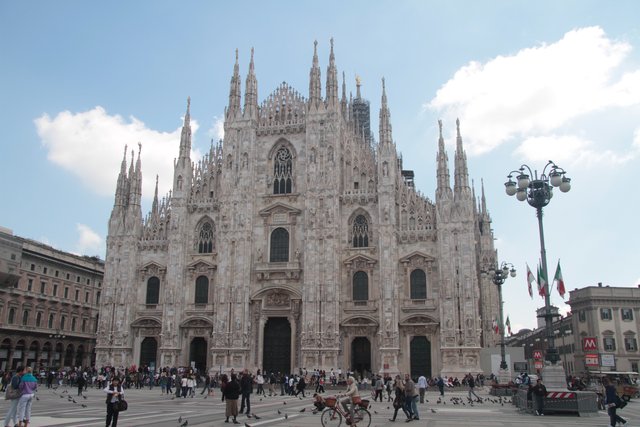 When we were organising this part of the trip, the website listed this as a single journey but on closer inspection we found that we had a 5 minute connection time in Zürich. We were able to download a map of Zürich station, and discovered which platform our connecting train would depart from, but not what platform we would arrive on. The trip from Milan to Zurich was very scenic in parts, though we seemed to have our minds mainly on checking if it was late at each station. All was well- the train arrived  one minute early, we were first off from the door closest to the front, but the door was jammed and fortunately someone behind told us how to use the emergency door opener. We were sitting in our seats on the second train taking deep breaths with a full minute to spare. We could sit back and enjoy the final part of our tour of Italy. 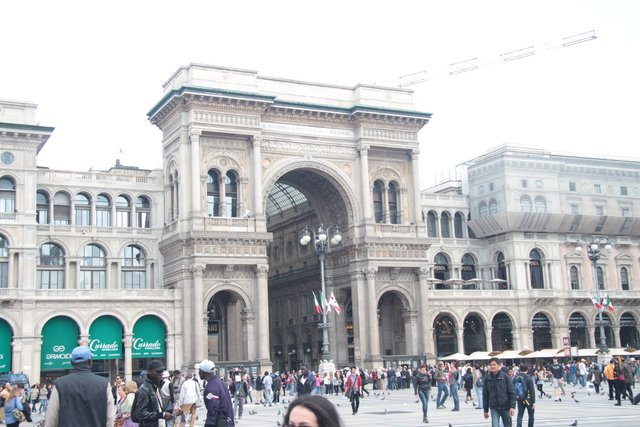 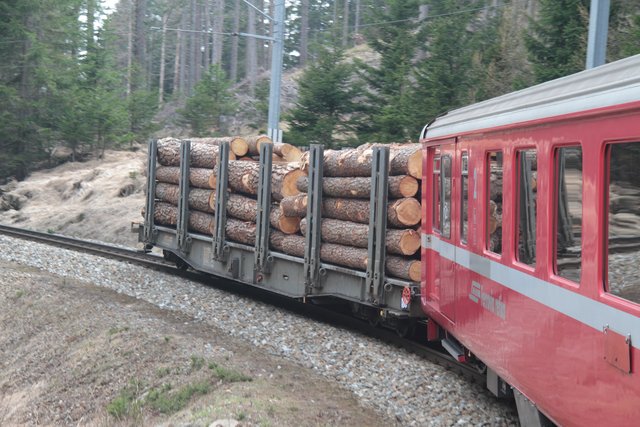 Logs as well as passengers!