Jul 18 Posted by Penelope and David Kerr in Barging 2013

When we were in the shipyard, waiting for the flooded river to abate, we noticed an old wooden-planked boat. The owner of the shipyard (Simon) is an extremely keen collector of old wooden lifeboats and has been for over 20 years. He has many craft in various condition between old-dilapidated and shiny new-looking. He repairs and restores the lifeboats in his spare time. He is very well known in the lifeboat community, particularly in England, even though he has lived in France for over 25 years.

This particular lifeboat is a type of lifeboat with an intriguing history. In itself, it is apparently one of only a few left in the world. In the second world war, these lifeboats were designed to be carried underneath a bomber aircraft (instead of bombs) and then dropped into the sea in locations where other bombers had crashed. The normal crew of a bomber was 10 and so, the lifeboats were equipped to support 10 people. The liferaft was designed to fit snugly under the aircraft as otherwise the rush of air would tear it off. 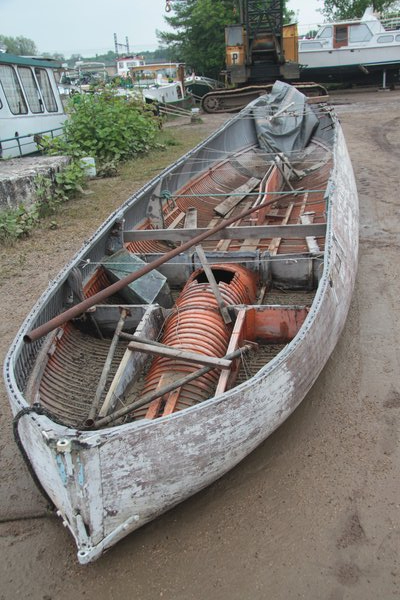 They were equipped with a motor/fuel, mast/sails, rations, charts, fishing gear, centre-board and a variety of other equipment. Even the cushions were multi-functioned. One side was camouflaged for hiding under if there were enemy aircraft around and the other sides were coloured to attract attention.

I understand that crew of the aircraft ferrying the lifeboat could go inside it shortly before dropping and update the charts to the correct position. This does not sound like a pleasant job, but had to be done! This update was presumably performed when people were spotted in the water. The range of the lifeboats was in excess of 2,000Km though everything would depend upon whether the 10 days of rations could be supplemented by fish and also how much sailing could be done. There were even instructions on how to sail as this was probably not a skill of many aircrew.

When the lifeboat was dropped, it descended under several parachutes and a rocket blew them away when it hit water. If it was upside down, it was designed to right itself automatically. Other rockets sent out a drogue (underwater parachute) and long line. These kept the boat aligned with the wind and therefore hopefully at right angles to the waves and provided a 100metre line which survivors could grap and pull themselves into the boat. Of course, all these automated gadgets did not always function correctly.

Overall, these boats saved thousands of lives in the war. The one shown here was a "Mark IIA" version designed and built by Uffa Fox who came up with the original design, testing and construction. The engines were typically second hand and gathered from all parts of England (I think from rental boats). This particular model was dropped from Vickers-Warwick aircraft and had to be designed not to slow down the aircraft or make it unsafe to fly. 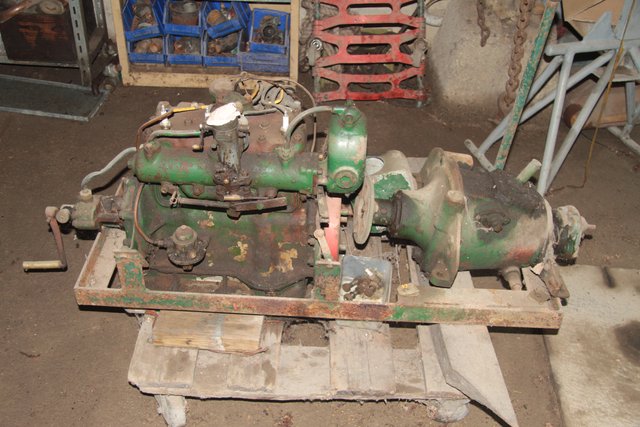 The engine from the Mk-IIA Lifeboat

As is often the case with great ideas (such as this one), much of the battle was in convincing those in power of the worth and that the concept was workable.