Sep 20 Posted by Penelope and David Kerr in Barging 2012 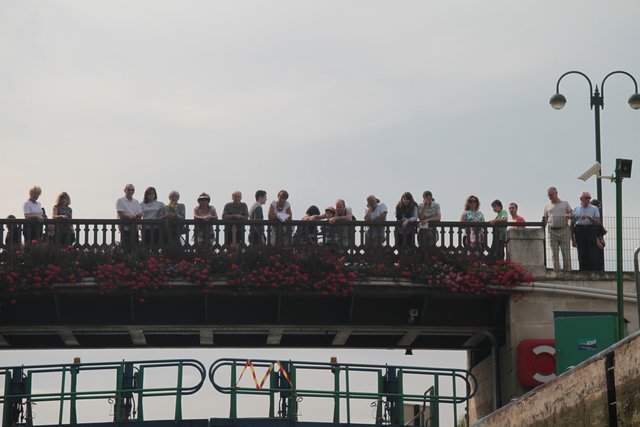 People watching us on the River Marne

Anja will spend winter on dry land in Simon Evans' boatyard in Migennes, on the banks of the Yonne River. During the last few weeks we have retraced the route we took at the beginning of the year, though without the slight detour to Paris. Most of the travelling is on rivers, the Marne, the Seine and the Yonne. It seems to us that there is more commercial traffic this year than we have seen before, even at the same time last year. Most of the barges are carrying grain or sand and gravel. One moored in Migennes had a load of hops to take to Holland.  We have seen several carrying containers. There is a big new container port now on the Yonne so as time goes on this traffic will undoubtedly increase. We several times shared the huge 180 metre Seine locks with several other barges without any room to spare. The barge drivers seem to enjoy these occasions as it gives them a chance to socialise with each other. Many crews are made up of a husband and wife and the usual separate conversations seem to develop. We have also been interested to see how many of these couples are quite young, late 20s or early 30s, and it is not unusual to see a fenced in area on the deck full of play equipment for young children. They are probably the sixth generation of barge children in their families. 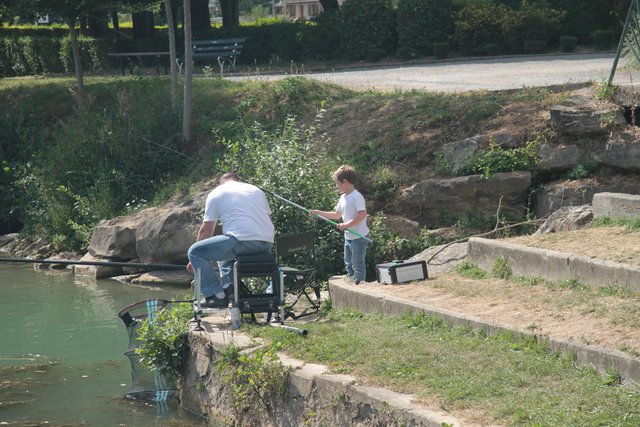 Father and Son
We have been able to catch up on some attractions we missed previously. In Meaux we had one very full day: market in the morning, then in the afternoon a bus trip to visit a very new World War 1 museum just out of town, opened at 11am on November 11th 2011. The Battles of the Marne were fought here. The displays helped us to a better understanding of the origins and progress (or perhaps years of stalemate is a better description) of World War 1. The museum had assembled uniforms of all the countries involved and  an excellent collection of other artefacts including one of the taxis used to take troops to the Front here more quickly in 1914, a decisive move in winning that particular  skirmish.

To finish our day in style we wrapped ourselves warmly to sit on temporary tiered stands in the Cathedral courtyard with about 1,000 other spectators for a Pageant of the History of Meaux, brilliantly presented with sounds and lights ( and lots of smoke), complete with a cast of hundreds (including horses) clad in magnificent costumes. It seemed that the cathedral was being used as a giant dressing room. This is the 30th year of this sound and light event. As it is presented only 15 times each year, we counted ourselves lucky to be there at the right time. We did our homework so that we had some grasp of the town's history and thoroughly enjoyed the evening. 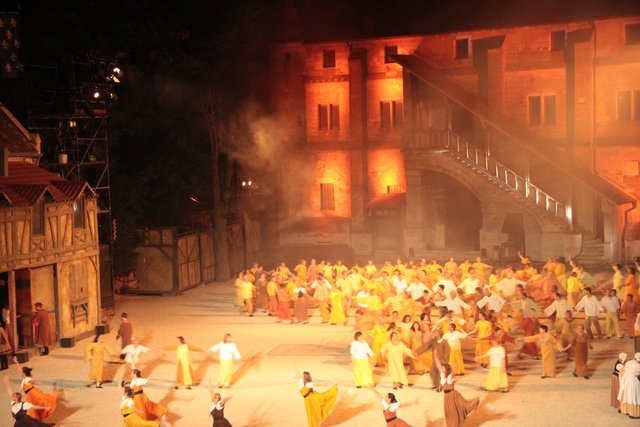 A few days ago was very exciting for us: we applied for the renewal of our Titres de Sejour (permits to stay in France for more than 3 months) for next year. Last year it was very complicated and required several trips to various offices to complete the formalities for the  first titre and its original renewal. Subsequent renewals seem to be a great deal easier and much less stressful. We greatly appreciate the assistance of the staff of the Mairie at Charbuy, and of our Chambre d'Hote hosts Christian and Chantal, in working the way through the bureaucratic maze and in supplying the necessary documents.

The weather has been delightful for these last days on the barge. There has been only one day of rain in weeks, good for us but not for the countyside generally, which is looking very dry. Several canals have reduced depth and manyother people  have had to change their plans. Fortunately we will have no trouble reaching Migennes as planned for the last few days of cleaning inside and out so that Anja is in good shape for the long winter months.

And so we say farewell until next year when we plan to return to Europe for our late in life project of "travelling and learning". 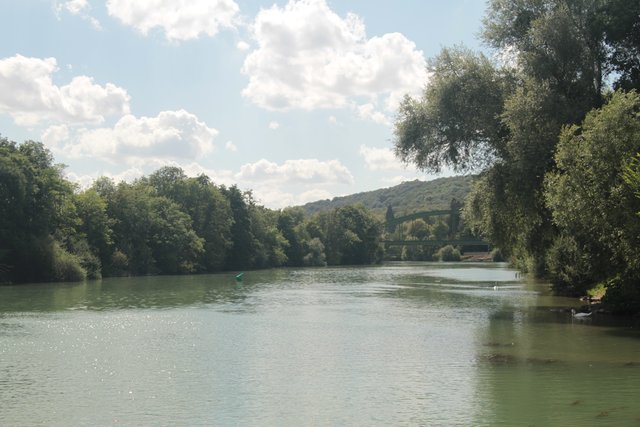 The Marne- one of our favourite rivers 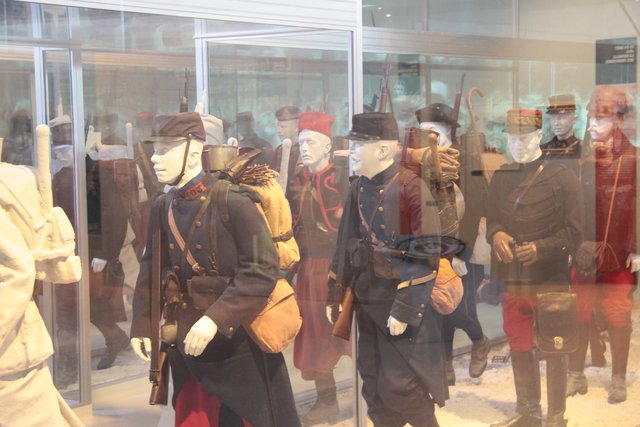